New Zealand-bred mare Luvaluva will be looking to extend her stakes-winning tally to five on Saturday when she contests the Listed January Cup (2000m) at Randwick on Saturday, reports NZ Racing Desk. The John Sargent-trained mare heads into the race off the back of a Gr3 victory in the  Summer Cup (2000m) at Randwick on Boxing Day and her connections are hoping for a repeat performance this weekend. While she went more than 18 months between wins, Sargent had geared Luvaluva's spring campaign around the A$1 million The Gong (1600m) at Kembla Grange on November 23. "She is a horse who is better over the longer distances but we were concentrating on The Gong," Sargent revealed. "Sometimes it is hard going from their 3YO season into their 4YO year but at five she is a stronger mare." A $55,000 purchase by Sargent out of Surrey Farm's 2016 New Zealand Bloodstock Ready To Run Sale of 2YOs draft, Luvaluva will again be ridden by Koby Jennings where she'll jump from barrier six in the seven horse field. 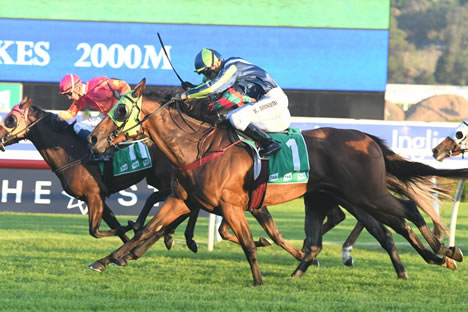