Following the shock death of global stallion influence Deep Impact (Sunday Silence) in Japan last year, his remaining progeny for sale are worth more than their weight in gold. That proved to be the case on Day 2 of the 2020 Magic Millions Gold Coast sale when Lot 385, on account of Arrowfield Stud as agent, left the ring with a $1.9 million price tag that put him at the top of the table thus far. The priceless colt was knocked down to Ottavio and Wendy Galletta’s Galletta Construction Co, also co-owners of Arrowfield Gr1-winning 2YO graduate Castelvecchio (Dundeel) who will stand at the stud upon his retirement. If he lives up to his billing, the future Richard Litt-trained Deep Impact colt may well also end up on the star-studded Scone roster. He is out of Gr3 Widden Stakes heroine Honesty Prevails (Redoute’s Choice) from the imposing US family of A.P. Indy, Summer Squall, Foxhound, Eavesdropper, Court Vision and Smart Surprise. 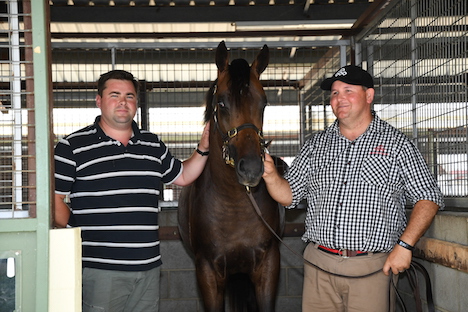