Jockey Sam Collett has opted for Travelling Light (El Roca-Cissy Bowen, by Colombia) over Riodini (Proisir-Giardini, by Perfectly Ready) for Saturday's Gr1 Levin Classic, reports racingnews.co.nz. Collett is the regular rider for both 3YOs, with Riodini and Travelling Light second and third at $3.40 and $3.80 respectively for the $225,000 feature. Harlech is the $2.50 favourite. "It wasn't an easy decision at all," Collett said. "It's the first time I've ever been in a position of having to choose between two really high-class 3YOs in a Gr1 race. In some ways it's a really shitty situation to be in, because I never like to let owners down. The owners of both of these horses have been super loyal to me all the way through. The only time I didn't ride Riodini was when I was in Christchurch to ride Travelling Light, so Mick (Coleman) rode him at Tauranga. And the only time I missed the ride on Travelling Light was when I was suspended on Boxing Day and Jason (Waddell) took the ride. So that part of it is tough, but at the same time it's a nice decision to have to make. I just hope I've made the right call." Gr3 winner and Gr1 placed Travelling Light has won four of her five starts, and she has defeated Harlech in both of their head-to-head meetings. Riodini also has a four-out-of-five record and won the Gr3 Bonecrusher Stakes last month. 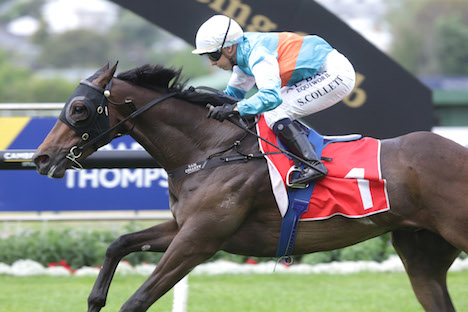