Leading New Zealand stud farm Waikato Stud is in mourning after the shock loss of their emerging young stallion, Sacred Falls. The Waikato Stud veterinary team identified an issue with the stallion’s liver just on a fortnight ago and despite receiving world-class treatment at both the Stud and then at Matamata Veterinary Services equine hospital, his condition deteriorated overnight and he passed away early on Sunday morning. The son of Waikato Stud’s champion sire O’Reilly was in his fifth season of stallion duties after retiring to the Matamata nursery following a storied career on the track, where he numbered four Gr1 victories amongst nine wins including the Gr1 Doncaster Handicap (1600m) on two occasions. Bred and sold by Waikato Stud as a yearling, Sacred Falls won his first six races including the Gr1 New Zealand Two Thousand Guineas (1600m) in the care of Cambridge trainer Tony Pike for owners Raffles Racing. Waikato Stud subsequently secured equity in the homebred colt who added a further three Gr1 victories in Australia when transferred to champion trainer Chris Waller. With his eldest progeny just three, Sacred Falls has left six winners to date including the highly-talented filly Shoshone for Ken and Bev Kelso.  A total of 42 yearlings by the emerging stallion will be offered at New Zealand Bloodstock’s National Yearling Sales in late January, while his progeny sold up to $260,000 at the recent Ready To Run Sale of 2YOs. 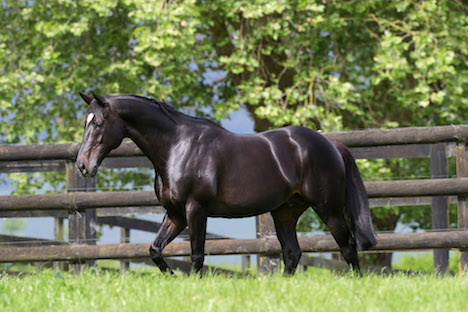