Last year, sensational 3YO Yes Yes Yes was purchased for connections by leading bloodstock agent John Foote for $200,000 at the Magic Millions Gold Coast Yearling Sale. Following his win in the Everest earlier this year, Yes Yes Yes sent his career prizemoney earnings rocketing past the $7 million mark, and he looks set to increase that with an autumn campaign geared towards some of Melbourne’s major sprint races. The half-brother to Yes Yes Yes will be one of the pin-up lots of the 2020 sale which gets underway on Wednesday, 8 January. The yearling was sired by Sebring, one of Australia’s leading stallions until his untimely death of a heart attack in February this year. Sebring yearlings which carry Super VOBIS nominations include Lot 762, a striking chestnut colt being sold by Rick Jamieson’s Gilgai Farm, which first came to prominence as the breeders of Black Caviar. One of Victoria’s leading farms, Rosemont Stud, will offer Lot 49, another chestnut colt sired by Sebring; whilst Lot 148 is a Sebring filly bred by Musk Creek Farm on the Mornington Peninsula. In recent years, the Magic Millions Cold Coast Sale has forged a reputation as a purveyor of high-quality Super VOBIS-nominated yearlings. Following the inaugural running of ‘The Showdown’ (1200m), the $1m contest for two-year-olds sired by VOBIS-nominated stallions which returns to Caulfield for its second edition next year, the race to unearth a VOBIS star of the future has become more competitive than ever before. Of the 109 Super VOBIS-nominated lots, Victoria’s leading stallion Written Tycoon (Woodside Park Stud) has 25 yearlings going through the sale ring on the Gold Coast. The five-day sale concludes on Sunday, 12 January. The online edition of the catalogue is available at https://catalogue.magicmillions.com.au/sale/20GPR 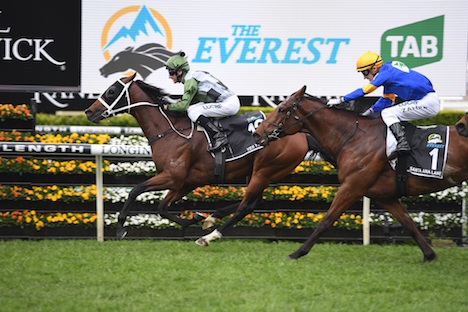