Following his uncharacteristically poor run in last weekend’s inaugural $1 million The Hunter, for which he was favourite, The Everest quality sprinter Graff has undergone a lung wash, according to racingnsw.com.au. The results of the procedure, which have been provided to stewards, revealed that the powerful sprinting son of Star Witness likely suffered an “exercise-induced pulmonary haemorrhage (EIPH)”, something that likely occurred during the running of the race. Trainer Kris Lees has advised stewards that Graff was sent straight to the spelling paddock. In order to be allowed to race again, Graff will be required to trial satisfactorily in front of stewards before passing a veterinary examination that includes an endoscope. 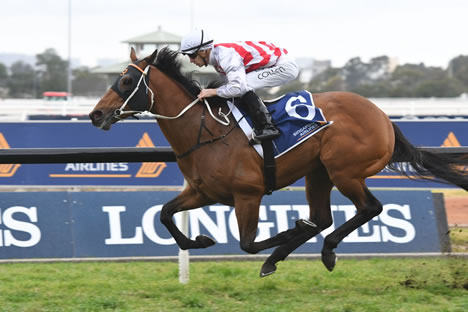