A stellar line-up featuring some of the world’s greatest jockeys will contest the International Jockeys’ Championship (IJC) at Happy Valley on Wednesday, 4 December. Among the all-star cast is Frankie Dettori, who is set to take his place in the IJC for the first time since he lifted the trophy back in 2011. The three-time competition winner will aim to cap a sensational year which has seen him win 19 Gr1s. The exciting overseas line-up includes past IJC champion and two-time World’s Best Jockey winner Ryan Moore, as well as last year’s IJC winner and former British champion Silvestre de Sousa. Joining the contest for the first time is the newly-crowned British champion Oisin Murphy. James McDonald will represent Australia, while the prolific Pierre-Charles Boudot will fly the flag for the French team. Ireland’s youthful past champion jockey Colin Keane is set to return after a fine debut last year and Japan’s World All-Star Jockeys champion Yuga Kawada is booked to make his IJC debut. Three-time Hong Kong champion jockeys Joao Moreira and Zac Purton will be joined by Karis Teetan who sits a clear third in the Hong Kong jockeys’ championship at present. 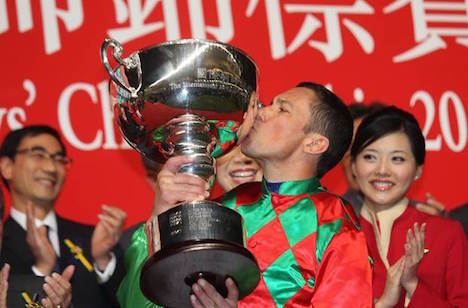