At the tail end of the 2019 Spring Carnival, Godolphin’s galloping blue army struck a mighty blow on the eastern seaboard, one which might have been even bigger but for a losing photo finish at Sandown. Kick-started by the opening event on an all black-type Sandown card in Melbourne’s south-east where the Anthony Freedman-trained 2YO colt Hanseatic swept to an almost 2-length triumph in the Merson Cooper Stakes, the good fortune just rolled on. Palurien finished runner-up in the Listed Twilight Glow Stakes for 3YO fillies before Viridine scored a stylish win in the Listed Doveton Stakes. Still at Sandown, evergreen Home of the Brave went within a nose bob of landing the Gr3 Kevin Heffernan Stakes. Attention then switched to Newcastle’s stand-alone Saturday meeting where a quick one-two effort by 3YO filly Asiago (Gr3 NZB NJC Spring Stakes) and the mare Savatiano (in the inaugural $1 Million Hunter) ensured a lucrative payday for the powerful stable. 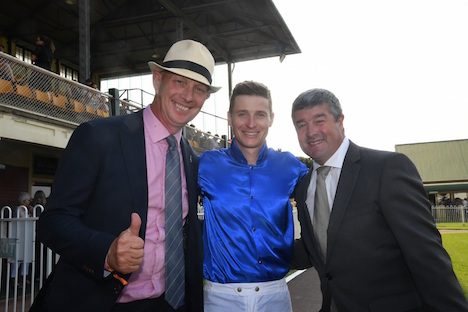