Bombora Downs' Champion 2YO Warhorse sired his first winner when Toots is Tops won a 1300m maiden by 2.5-lengths at Ballina during the Melbourne Cup Carnival for trainer Stephen Lee. According to tbv.com.au, the win came as a relief for Bombora Downs principal Christoph Bruechert, but he admits he would have liked the stallion to have sired his first winner at the start of the breeding season, rather than at the end of it. Still, he is confident that the son of General Nediym will continue to produce winners and generate more interest. "I have been hearing very good things about his stock for the last 12 months and I have been getting a little bit frustrated waiting for it to happen but I believe he has some good horses out there which we haven't seen yet,'' Bruechert said. He believes Warhorse has had enough good mares to give him some sort of opportunity which is reinforced by the opinion of the stallion's original trainer, New Zealander Jason Bridgman, who has three of the progeny in work at his Pakenham stables and predicts they will all win races. 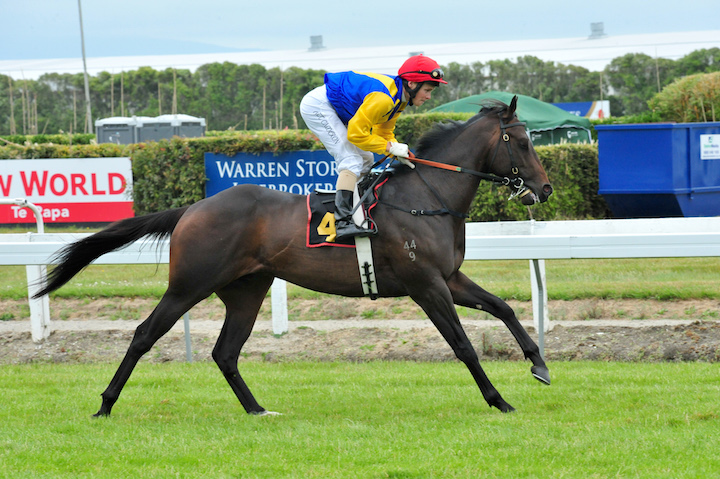