Last year's Sandown Guineas hero Ringerdingding is due to have his first start for trainer Anthony Freedman in Saturday's Gr3 Keith Heffernan (1300m). The talented 4YO son of ill-fated Widden stallion Sebring, who has had 19 starts to date, was due to have made his stable debut quite a bit sooner, however Freedman revealed that he had suffered a virus-induced setback. According to racing.com, the stable are heading into the feature a little blind insofar as what to expect as Ringerdingding is notable for being a horse whose workouts don't necessarily provide a solid indicator of how he performs on race day. Freedman advised that the gelding, who has had multiple trainers, will have a tongue tie fitted for Saturday in addition to having blinkers fitted. 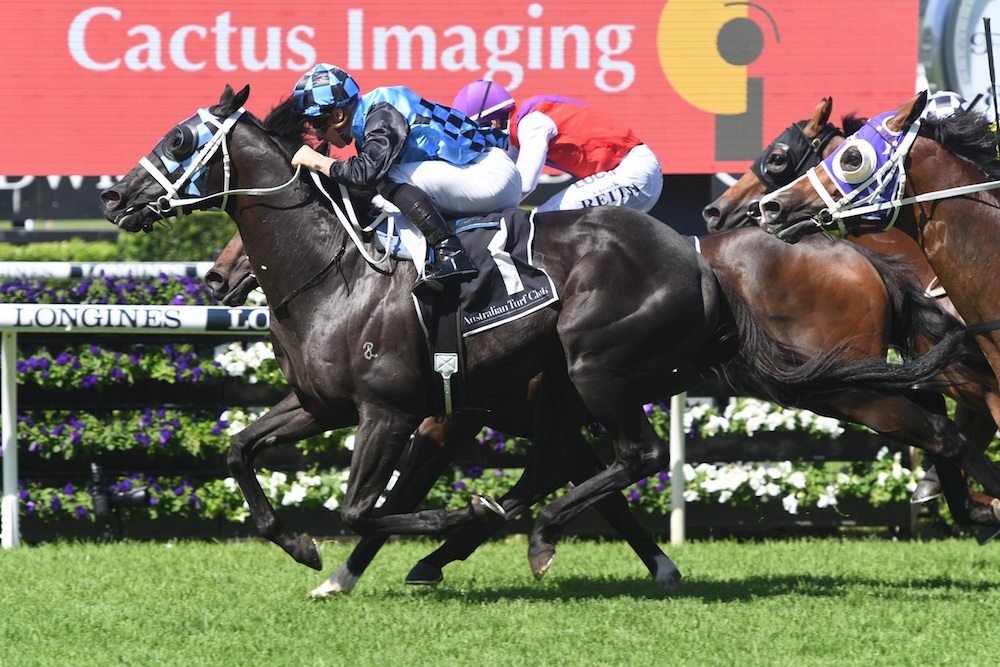 Ringerdingding is set to resume on Saturday (pic: Steve Hart)