Vinery Stud’s world champion shuttler More Than Ready (Southern Halo-Woodmans Girl, by Woodman) edged closer to another significant milestone when juvenile filly American Giant became stakes-winner number 199 at Gulfstream Park on Saturday. American Giant (2f More Than Ready–Giant Crystal by Giant’s Causeway) powered down the centre of the straight to win the Juvenile Fillies Turf (LR, 1600m) from Our Little Jewel (Hat Trick). They filled out a black-type quinella for owner-breeders Live Oak Plantation and trainer Mike Trombetta. American Giant is unbeaten in three starts on turf and is from a half-sister to 2012 Wood Memorial Gr1 winner Gemologist (Tiznow). She is one of 22 individual 2YO winners sired by More Than Ready this year. In addition to being just one stakes-winner away from a monumental 200 individual black-type winners, More Than Ready is also within one new 2YO winner of equalling his best ever northern hemisphere record of 23 individual juvenile winners in a season. 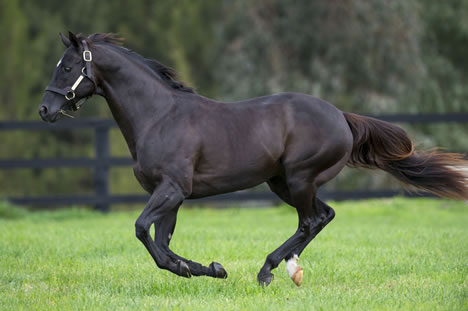