It is with absolute sadness that Aquis has announced the death of Spill The Beans (Snitzel-Miss Dodwell, by Falbrav), their extremely promising young sire, on Friday morning. A winner of the Gr2 QTC Cup before retiring to Aquis Canungra, the son of Arrowfield Stud’s Champion Sire has been in high demand throughout his short career at stud, covering 489 mares in his first three seasons, with a record 202 in his first year alone. With his first crop of runners hitting the track this season, trainers have been full of praise for his stock, which have hit the ground running, recording his first winner (and quinella) recently when sons Tennessee Boy and Molongle Drifter cleared out from their rivals over 1000m. Aquis’ Managing Director Shane McGrath stated, “It is always devastating to lose a stallion, but with Spill The Beans we felt we had something very special. As one of the first stallions secured to stand at Aquis, he had a special place in the hearts of the entire team, my condolences go out to Mr Fung, his family, and all our team that have worked with him.” As a racehorse, the son of Champion Sire Snitzel commenced his career with back to back wins to end his juvenile season unbeaten. 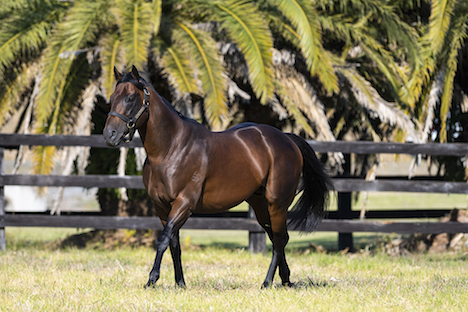