With just a little over six weeks until the start of New Zealand Cup & Show Week, the southern training ranks are in count-down mode as they ready themselves to repel the invasion from the visiting northern stables. The Riccarton-based father and son team of Michael and Matthew Pitman will be amongst the front line in the inter-island battle with Michael Pitman unequivocal in his support for the South Island’s biggest racing event. “Our owners know that we target our horses for Cup Week and that’s the way they want it,” he said. “We try and have horses placed across all grades as the prizemoney on offer is good and we like to get our fair share.” He said, “This year will be no exception and we are currently putting in the prep work to have as many of the team ready for the week as possible.” Among the headline acts for the Pitman stable will be the well-travelled multiple Gr1 winner Enzo’s Lad who will be making his reappearance on a local racetrack following a tilt at the world’s best sprinters at Royal Ascot back in June. Pitman revealed, “He will go straight to the Stewards Stakes (Gr3, 1200m) on the middle day for his first-up run. His ultimate goal is an attempt to win his third Telegraph (Gr1, 1200m) at Trentham in January but I expect him to be very competitive first-up as he is a class act.” 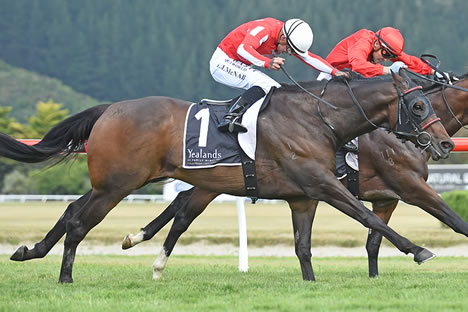