Similes and metaphors seldom do justice to a race outcome, and yet… When Josh Parr released the brakes on Shadow Hero in Saturday’s Gr3 Gloaming Stakes (1800m), the Pierro gelding freewheeled by like a Tour de France yello vest idling past kids on tricycles. A descendant of former Champion 2YO Victory Vein, Shadow Hero’s pedigree isn’t exactly what one would expect from a Gr1 Victoria Derby favourite, even more so with the first two dam-sires being Casino Prince and Encosta de Lago. First, though, there’s the Gr1 Spring Champion Stakes (2000m) in two weeks. According to AAP, Newnham, the trainer of last year’s winner Maid of Heaven, has plotted a calculated pathway for the sophomore and his stablemate Celestial Falls who is second elect for the Kennedy Oaks: "He and Celestial Falls, their build-up to these races second-up over 1800 metres has been in the works for quite a while and they've had plenty of miles in their legs to get them here. I just didn't see the point of wasting runs at 1200 and 1400 metres with them, especially when they get run off their feet and they end up having a harder run than they need –  so he's had the right build up for this. Hopefully we get to the Spring Champion Stakes in good order and then on to Melbourne." 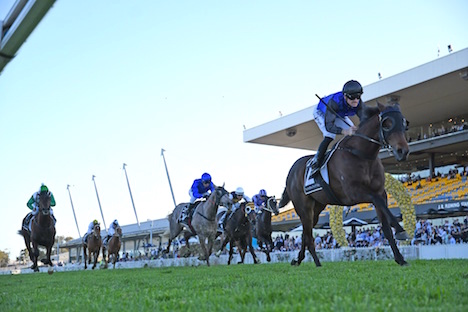