The connections of smart Cambridge mare Rondinella will get an early guide to her prospects of becoming a serious Gr1 Cox Plate (2040m) contender when she makes her Melbourne debut at Moonee Valley on Friday night. A multiple Gr1 placegetter last campaign, Rondinella will contest the Gr2 Stocks Stakes (1600m), in which she will be ridden by Nash Rawiller. Rondinella arrived in Melbourne on Sunday in the care of co-trainer Roger James, who is looking forward to Friday's mission. Rondinella was tried in Sydney last autumn after finishing third to Melody Belle and Danzdanzdance in the Gr1 Bonecrusher New Zealand Stakes (2000m) at Ellerslie and performed well on both occasions. She finished third to the highly rated Avilius in the Gr1 Tancred Stakes (2400m) at Rosehill on an unsuitable heavy track then ran a solid fourth in the Gr1 Sydney Cup (3200m). "She had a relatively short break after Sydney so as to be ready for Melbourne," James said. "She took a while to come up, but she's really come on in the last few days… The goal is to get to the Cox Plate if her form is good enough." 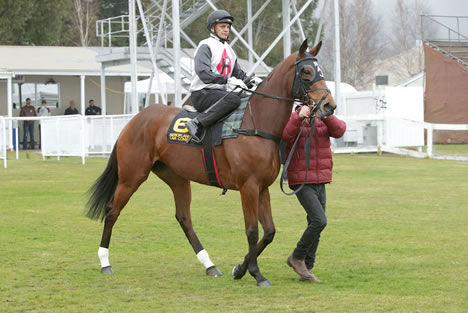