Friday night will reveal whether the bagmen got it badly wrong by pricing up Nature Strip at $4.50 for the Gr1 Moir Stakes (1000m). The robustly built sprinter was promptly smahed into $2.50 although he’s eased slightly since then. So, what’s changed from last year when the then $1.80 favourite deflated like a baloon in the Moir to finish eighth after leading at the 400m mark? Aside from the significant stable change from Darren Weir to Chris Waller, quite a bit. He’s won the Gr1 The Galaxy (1100m), and been the subject of significant attempts to teach him to settle, the latter proving a forlorn attempt at fighting nature when he reefed and fought for his head in the Gr3 Concorde Stakes (1000m). Although connections appear to have come full circle by acknowledging the gun sprinter is best off being left to run his own race, his many supporters will hope that, should he get to the front, his latest education will allow him to switch off a little before he’s slipped some more rein in the straight. If wishes were horses, beggars would ride. C’mon Nature Strip, we’re begging: show us what you got. 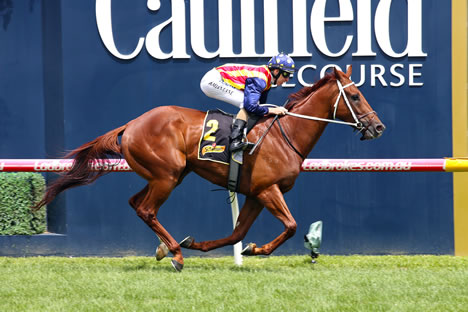