Leading Australian jockey Blake Shinn, who secured a prized spot to ride in Hong Kong this season, has broken through for his first victory. The timing was perfect too, with hkjc.com reporting the breakthrough came on his mum’s sixtieth birthday. Following his winning ride about the Danny Shum-trained flashy grey Gren Dispatch in a 1650m Class 4 where it was a pillar to post affair, Shinn revealed, “It’s been years in the making. I’m pretty emotional to get it out of the way. I’ve wanted to ride in Hong Kong for a long time, since I was a little boy, so it’s pretty touching to finally be here.” Shinn, who was winless from the first two meetings of his 6 month contract, said, “To be competing on the world stage and to get that first winner out of the way, it’s special.” 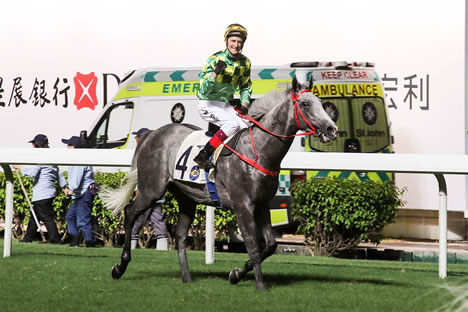