New Zealand jockey Kylie Williams picked up a double at Riccarton on Saturday to bring up her seven hundredth career victory, reports nzracingnews.com. To make it more special, the milestone was achieved aboard Tony and Lyn Prendergast-trained Queen Jetsun (Castledale-Gulfstream, by Yachtie) who Williams has a special affinity with. "The owner has been pretty good to me and especially for Tony and Lyn. I have been with them for 20-odd years and they keep putting me on and have faith in me. It was really nice all round," she said. "We both have screws in our ankles and I have been associated with her (Queen Jetsun) since she was a young one. She is pretty special and for her to carry on, a bit like me, when all the injuries take a toll on you." Williams has made the most of the winter with many senior jockeys on holiday. "I have been getting a lot of support this time back around," she said. "The senior ranks down here are a bit minimal at the moment, so that probably makes it a little bit easier. In saying that there are a lot of apprentices down here too. I'm thankful to the people that put me on." Queen Jetsun has now won three of her 21 starts. 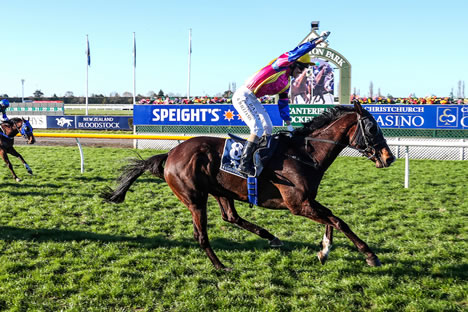