Today's racemeeting at Canterbury in Sydney sees the welcome return of untapped 4YO mare Kylease (Choisir-Lalani, by Lonhro), raced by Proven Thoroughbreds. Only lightly raced with just five starts to her name, the Joe Pride-trained mare was consistence personified from her first four starts stringing together a hattrick after finishing runner-up on debut. Sent off $2.63 in the Gr3 Hawkesbury Guineas (1400m) Kylease finished last of nine and was tipped out for a spell. Four months later and she's won both of her trials at Warwick Farm, the latest just six days ago. From the immediate family of champion Fashions Afield, dam of Aquis' exciting young stallion Kiss and Make Up, Kylease is out of a half-sister to the dam of Imelda Mary, announced on Monday as the co-winner of the annual NZB Filly of the Year Series. Kerrin McEvoy takes the ride on the $1.95 chance over 1100m from a wide draw. 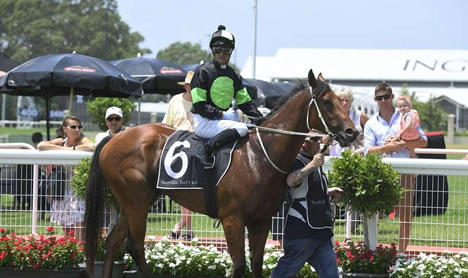