In a strategic move, New Zealand Bloodstock has entered a partnership with the Newcastle Jockey Club, sponsoring the A$160,000 Gr3 New Zealand Bloodstock Spring Stakes (1600m) on November 16. First run in 1987, the 3YO feature has been won by a large number of subsequent Gr1 stars. Recent winners Sweynesse (Lonhro) and Proisir (Choisir) have since retired to stud in New Zealand and have been well received, boosting the race’s standing on that side of the Tasman. Backing up its significant involvement with the Victorian Spring Carnival, sponsoring the New Zealand Bloodstock Caulfield WFA Championship and the A$1 million Gr1 New Zealand Bloodstock Memsie Stakes (1400m), the new partnership with Newcastle provides an exciting opportunity to get involved with the rapidly growing spring racing calendar in New South Wales. “I see many positives in building a relationship between New Zealand Bloodstock and the Newcastle Jockey Club,” said Mike Kneebone, NZB’s Director of Business Development. “The New Zealand Bloodstock Spring Stakes fits in with our breed, and the timing works for both our Ready to Run Sale of Two-Year-Olds in November and our flagship Sale, the Karaka National Yearling Sale in January.” He also noted, “With direct flights between Auckland and Newcastle, the city is the gateway to the iconic Hunter Valley and makes it even easier to visit Karaka. As one of the best value-for-money Sales in the world, we would like to encourage many more to do so.” 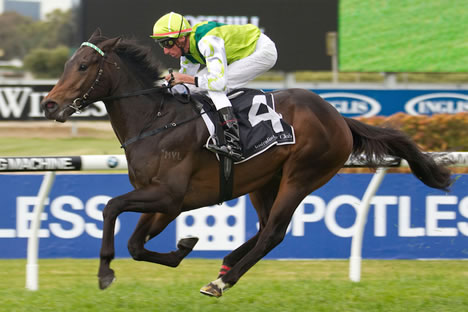