Memphis Rock Back To Sydney

Beautifully-bred 3YO colt Memphis Rock (Fastnet Rock-Hips Don't Lie, by Stravinsky) is back in Sydney where connections have accepted for him to race on Wednesday over 1100m on Randwick's Kensington circuit in the second event over 1100m. The Coolmore-campaigned sophomore, trained out of the David & Ben Hayes and Tom Dabernig stable, is well travelled for a horse with just 10 starts to his name, having raced at seven different tracks in three different States. Placed in the Listed Merson Cooper Stakes and Gr3 SAJC Breeders' Stakes last season, Memphis Rock's most recent start produced an excellent placing behind boom cheapie Condo's Express at Moonee Valley in August. The one-time winner, who is a full-brother to Gr1 Golden Slipper and Gr1 Blue Diamond Stakes-placed stakes winner Lake Geneva out of Gr2 winner Hips Don't Lie, takes on six last start winners at Randwick where he is an $11 chance but seems better than that. 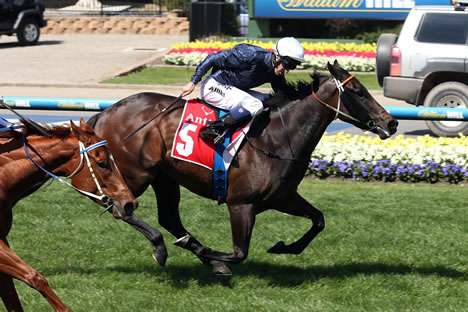