Centenarian Barbara Blackie, widely recognised as the oldest racehorse trainer in the world, passed away at home in Christchurch on Friday, reports NZ Racing Desk. The Canterbury horsewoman celebrated her one hundredth birthday in July with family and friends and continued to enjoy training Diplomat, her sole horse in work. Blackie enlisted jockey Terry Moseley to ride the majority of her horses and he said she was a well-respected horsewoman who was quite active right up until her passing. "She was very fortunate in the fact that she was still fairly active until about the last month," Moseley said.  "She was still coming down to the track until about Christmas time. Her mental faculties were right up there with the best and she just was a really classy lady." Amazingly, Blackie didn't start training until late in her fifties, according to her daughter Angie Bott, who said, "Before that she was heavily involved with horses, she was a top dressage judge and she was into eventing." Blackie's funeral service will take place at Riccarton Park Racecourse on Thursday. 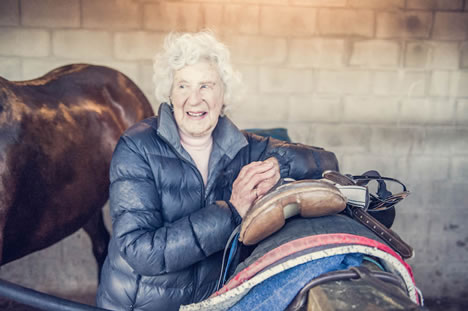