Confident leading into the weekend, The Oaks Stud General Manager Rick Williams had his opinions thoroughly vindicated on Saturday when resident stallion Darci Brahma provided the team with six individual winners – four of which were for The Oaks’ prolific owner Dick Karreman. “I said to a few people that we had our A team running on the weekend so if we didn’t go too well it was going to be a pretty tough drive home,” Williams told NZ Racing Desk. “What eventuated was pretty sensational and probably even exceeded my expectations.” The highlights of the day came in the form of two auspicious 3YO geldings - Catalyst (Darci Brahma-Evana, by Entrepreneur) and Double Impact (Darci Brahma-Double Image, by Stravinsky), the former storming home over 1200m to win by 4-lengths in the Listed El Roca-Sir Colin Meads Trophy at Hastings at just his third start, and the latter demonstrating a sensational turn of foot to come from near last at notoriously leader-biased Ruakaka to succeed over 1000m. “We’ve said all along we thought we had something special with this pair and another in Darci’s Tune that we have sent over to Patrick Payne in Melbourne,” he said. “We would like to get them both to the 2000 Guineas (Gr1, 1600m) at Riccarton in November but I would hope they can take a slightly different path to get there as I don’t want to see them clash before then… If they do come up as I think they can then the long-term plan would see them in Australia in the autumn.” Williams doesn’t however think Darci Brahma’s exceptional weekend and 39th individual stakes winner (Catalyst) will affect the market in the forthcoming season, and he expects the stallion to cover around 100 mares. He currently stands for a service fee of $15,000 + GST. 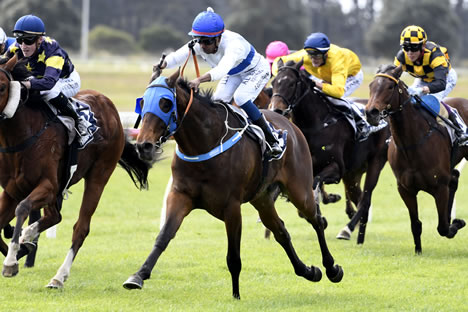