Recently crowned Champion South Australian Trainer, Tony McEvoy can thank the weather gods for not forcing him into the predicament of having to float star sprinter Sunlight (Zoustar) down to Melbourne to run at Moonee Valley on the weekend instead of contesting the Gr3 Concorde Stakes (see below). The champion mare has been solidly building her way towards The Everest, however McEvoy started to feel panicked that the latter part of this week could end being like last where Sydney copped a month’s rainfall in two days. According to racing.com, McEvoy has been delighted by subsequent forecasts – it’s going to get up to the high 20s over the coming days with little chance of rain – and Plan B will amost certainly not be needed, particularly as it now appears that Melbourne is likely to get more rain than its northern neighbour. 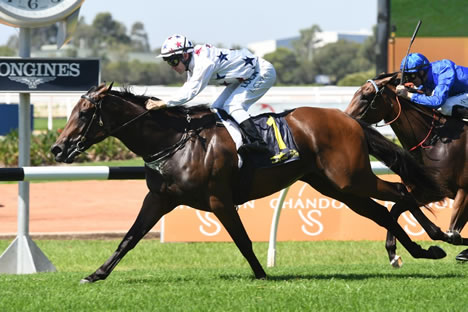