And Then There Were Six

Despite, and perhaps because of, just seven original nominations for the Gr3 Concorde Stakes (1000m) at Royal Randwick on Saturday, an extension of noms until 11am on Tuesday has resulted in just a half-dozen nominees. Should they all stand their ground it promises to be one of the most intriguing and exciting renewals of the early Spring dash. On any given day, one could make a genuine case for Graff, Nature Strip, Pierata, Sunlight and Redzel… and then there’s the wildcard Zoustyle from Brisbane who Tony Gollan would not be bringing to Sydney if he didn’t think the undefeated son of Zoustar would measure up. To paraphrase Gollan, and it applies to all six: there is nowhere to hide, especially in a race where they’ll be chasing like a Concorde if early favourite Nature Strip is low flying in front. 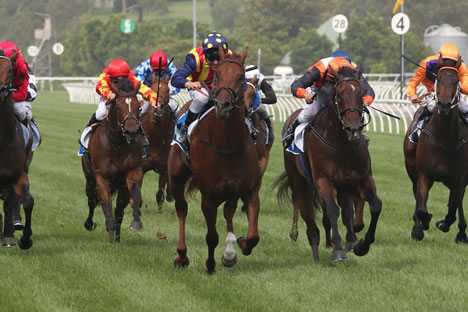 Nature Strip is expected to lead in the Concorde Stakes (pic: Steve Hart)