Spendthrift Australia has celebrated the inaugural winner by its well credentialled Australia Gr1 winner Hampton Court (Redoute’s Choice-Roses ‘n’ Wine, by Broken Vow). One of six stallions standing at the Kerrie stud farm in Victoria, Hampton Court’s first winner, by 1.3-lengths was 3YO gelding Sirmaze, who won over 1600m for trainer Jason Coyle at Hawkesbury on Saturday off the back of two promising placings at Kembla Grange. A $500,000 Inglis Easter yearling in 2013, Hampton Court won Randwick’s Gr1 Spring Champion Stakes (2000m) where he broke the 35-year-old track record, and shuttled to Spendthrift in Kentucky in 2016. He is standing the 2019 season for $5,500, and is part of Spendfthrift Australia’s innovative Breed Secure program. 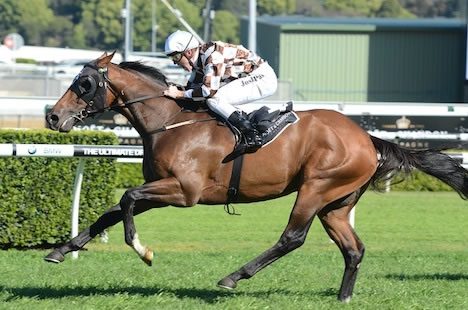