The connections of the Lindsey Smith-trained Scales of Justice (Not A Single Doubt-Beymatilla, by Umatilla) have an undeniably fraught, but not unpleasant, problem to resolve: whether to leave Saturday's Gr1 Memsie Stakes (1400m) winner in Victoria to continue a Melbourne Spring Campaign; or freshen him with a view to returning to Perth and targeting the WA Gr1 carnival in November. Undoubtedly the $1 million bonus available to him (as a result of winning The Memsie) should he win the Gr1 Cox Plate (2040m) is weighing heavily on co-owner Chris Wells' mind. "The sensible thing to do is see how he is in the next few days," Wells told The West Australian. "If he's well he could go to the 1600. If he needs a freshen we'll do that. Lindsey knows him like the back of his hand so he'll know." If Smith decides to remain in Victoria, the next race for the 7YO -  who was truly back to his Gr1 Railway Stakes-winning best in victory on Saturday - is likely to be the Gr1 Maybe Diva Stakes (1600m) at Flemington in a fortnight, where he would line up against resuming wonder mare Mystic Journey. 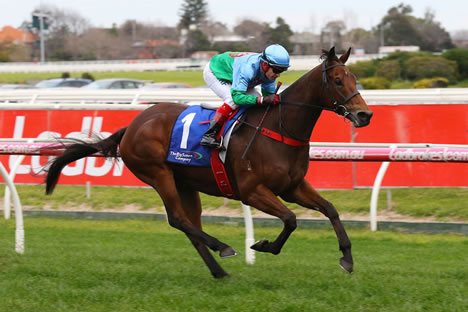