Magic Millions has announced the release of a record sized catalogue for 2019’s National Weanling Sale next month. This year’s record entries the Magic Millions National Weanling Sale, comprising 725 lots, will now be held over three days at the Gold Coast from May 22 to 24. There’ll be significant variety on offer, with weanlings by a record 119 individual sires featuring a first class line up of domestic and international Gr1 winners, including no fewer than 22 first season stallions. “We are delighted to release the first catalogue of the National Sale Series,” Magic Millions managing director Barry Bowditch said. “The sale has produced countless pinhook success stories who have gone on to star at the Yearling Sales and ultimately the track.” Referring to past graduates, Bowditch said, “Pierro, Zoustar, Peggy Jean, Redzel, Volpe Veloce, Whispering Brook and Seasons Bloom are examples of the quality racehorses who have emerged first at the National Weanling Sale.” To view the online catalogue for the 2019 Magic Millions National Weanling Sale click here. The catalogue is also available for download via the Equineline iPad app. Hard copies will be distributed early May. 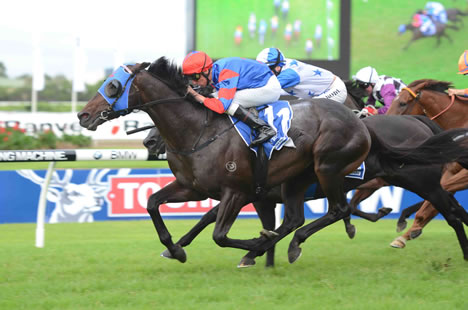