Godolphin’s quadruple Gr1 winner is the first emergency among six announced by Racing Victoria for next month’s All-Star Mile, reports punters.com. The emergencies are calculated in order of prizemoney earned to date (highest to lowest) of the top earning runners that weren’t among the Top 10 most voted-for horses. The current pecking order behind Hartnell is: Almandin, Rekindling, Le Romain, Brave Smash and Redkirk Warrior. The word ‘current’ is important because there are a few caveats. Should one or more of the current six emergencies earn one or more of the remaining three Wild Cards for the $5 million feature, then (up to) the next three horses beneath the current six emergencies would move up to fill the vacated emergency slots. But wait, there’s more: any additional prizemoney earned in the interim by the current six emergencies or horses beneath them could lead to a reshuffle of emergency positions. 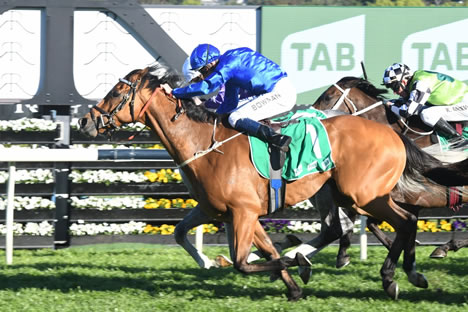