In an exciting stallion relocation for NSW, it has been announced that Furnaces, a precocious son of Champion juvenile sire Exceed and Excel, will stand his second season at Bathurst-based Allandale Park. With a pedigree awash in speed, Furnaces was just as dazzling on the track in winning his debut at Rosehill by 6-lengths. One of the top 8 2YOs of his generation by Timeform (115), Furnaces took out the Gr3 Kindergarten Stakes (defeating Regatta Rebel and Redzel), before splitting Vancouver and Headwater in the Gr2 Todman and then being beaten only 2-lengths by Vancouver in the Gr1 Golden Slipper. Displaying both soundness and durability, Furnaces raced on at 3 to claim 3rd in the McEwan Stakes before backing up at 4 to take 2nd in the same race. Across his 3 seasons on the track, Furnaces also defeated Tycoon Tara, Sheidel, The Quarterback, Exosphere and Japonisme. From the Strategic mare Heat of the Fire, Furnaces' pedigree includes a double sex-balanced cross of freakish producer Summoned, dam of outstanding gallopers Zeditave, Zedagal, Pampas Fire and Alannon. His 3rd dam Pampas Fire is the producer of Listed Debutante Stakes winner Cloister (dam of dual Gr1 winning mare Melito) as well as Secluded (dam of Gr3 San Domenico winner and Gr1 Blue Diamond runner up Pariah, standing at Arrowfield Stud on debut). Furnaces will stand this season at Allandale Park at a highly competitive $5,500 inc GST (LFG, BOBS). 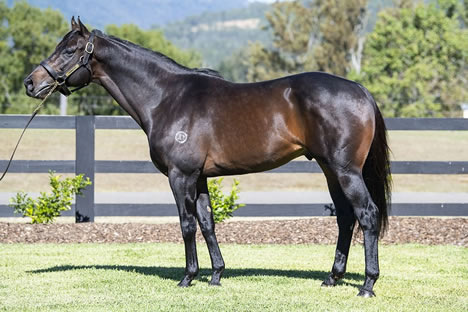