Co-trainer Ben Hayes is bullish about the winning prospects of Vega Magic in Friday night’s Gr1 Manikato Stakes (1200m) at Moonee Valley, reports Sky Racing. The former West Australian sprinter was considered unlucky by many after starting from an outside gate and racing wide throughout in the inaugural running of $10 million The Everest (1200m) at Randwick two weeks ago. However, Hayes was in a buoyant mood after watching Vega Magic draw perfectly in barrier three for Friday night’s feature. “He was very unlucky in The Everest having to jump from the wide barrier,” said Hayes, who trains in partnership with his father David and the latter’s nephew Tom Dabernig under the Lindsay Park banner. “The way he pulled up after The Everest, we're thrilled with him.” Vega Magic, who will be attempting to triple his Gr1 tally following wins in the Memsie Stakes earlier this spring and the Goodwood Stakes in the autumn, is currently the $2.25 TAB favourite for the $1 million Manikato. 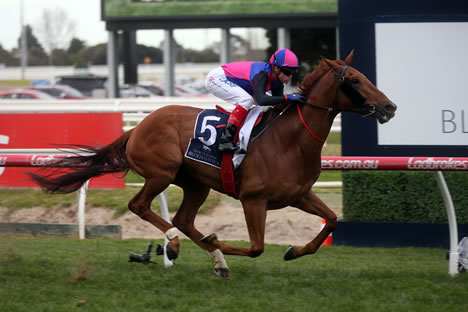