Champion jockey Damien Oliver has been booked to ride Happy Clapper in the $3 million Gr1 WS Cox Plate (2040m) at Moonee Valley on Saturday week, reports racenet. Oliver replaces Sydney-based jockey Blake Shinn, who was aboard Happy Clapper when he was beaten as an odds-on favourite in last weekend's Gr3 Craven Plate (2000m) in Sydney. Trainer Pat Webster said Happy Clapper's (Teofilo-Busking, by Encosta de Lago) owner wanted a local jockey to ride the 7YO, adding that the horse had come through his last-start defeat well. "He felt the run but no worse than his previous ones," he said. "He'll go for a swim today and we're looking forward to going to Melbourne." Webster added: "We'll head down next week. He's been to Moonee Valley before so we don't need to be there on Tuesday morning." Happy Clapper ran 6th (beaten 11 lengths) behind Winx in last year's Cox Plate. 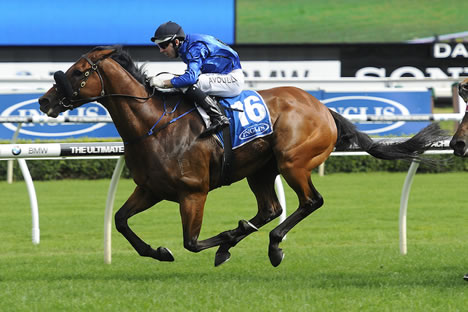