At Caulfield racecourse in Melbourne, Arrowfield Stud's multiple stakes-winning stallion Not A Single Doubt (Redoute's Choice-Single's Bar, by Rory's Jester) celebrated an elite race success when 3YO chestnut colt Mighty Boss (Not A Single Doubt-Bullion Mansion, by Encosta de Lago) scored a shock win at odds of 100-1 in the $2 million Gr1 Caulfield Guineas (1600m) for 3YOs, defeating Kementari & Catchy. Mighty Boss, whose second dam is the Gr1 Australasian Oaks winner La Volta, improved his record to 2 wins and 1 placing from 6 starts for $1,239,750 in earnings. Racing in the familiar colours of Mr Muzaffar Yaseen's Teeley Assets, Mighty Boss was purchased by his trainer and co-owner Mick Price for $180,000 at the 2016 NZB Premier Yearling Sale from the draft of Curraghmore Stud. Price was counting his lucky stars that Mighty Boss – who was the first emergency – even gained a start in the stallion-making feature. "I really liked this bloke as a yearling and I asked My Yaseen if I could keep ten percent," Price told racing.com. "Ever since he won his Sale maiden, we wanted to point him in this direction and see if we could get a run." Price added: "We crossed our fingers and a little bit of magic got us in the field." Price said Mighty Boss would now be spelled and aimed at the Gr1 Australian Guineas (1600m) at Flemington in March. 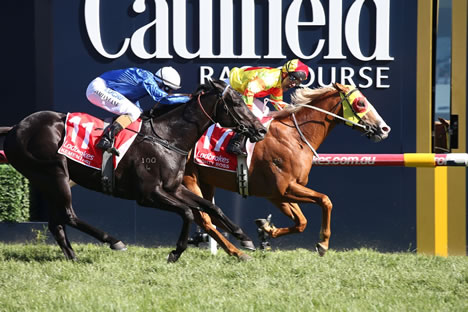