Everest A Race Of Inches: McEvoy

Jockey Kerrin McEvoy says timing will be everything when some of the best sprinters in the land clash in The Everest (1200m) at Royal Randwick tomorrow. McEvoy, renowned as one of the best judges of pace in the business, says against such top quality opposition the margin for error is small. "It's a dynamic race and we're talking some of the fastest horses in the world,'' McEvoy told racingnsw.com.au. "You have to be on your game and every inch counts…it's important to make the right decisions when you're only talking a minute 10 or a minute nine of your time.'' McEvoy added: "You need to have the finger on the pulse in terms of the petrol gauge and how quick you are going." McEvoy will ride the Team Snowden-trained Redzel (Snitzel-Millrich, by Rubiton) in what will be the inaugural running of the world's richest turf race, and says the highly progressive speedster has what it takes to land the multi-million dollar prize. "He's a happy horse, he's a relaxed horse and his work on Tuesday morning showed he's in a good frame of mind,'' McEvoy said. "He switches on when you need him to and he definitely saves his best for race day. He's gone to a new level and I'm pretty excited to be on him.'' Redzel brings excellent form to The Everest having won his last four races in succession, including victories in the Gr1 Doomben 10,000 (1200m) and last-start Gr2 Shorts (1100m). Redzel is on the third line of betting for The Everest at $7.50 with TAB, behind Chautauqua at $5.50 and joint favourites Vega Magic and She Will Reign at $5. 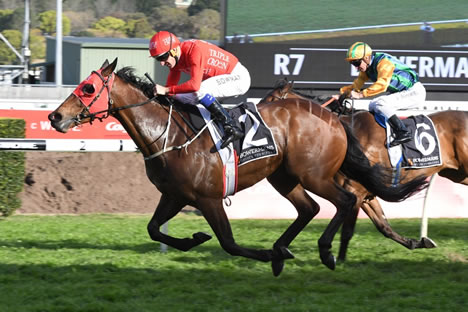