A daughter by Darley's Australian-bred stallion Exceed And Excel became the highest priced filly ever to be sold during Book 2 of the Tattersalls October Yearling Sale when knocked down to Richard Brown on behalf of SackvilleDonald's Alastair Donald for 500,000 guineas on Tuesday. A total of 8 lots realised 300,000 guineas or more on a day that saw gross receipts of 15,197,000 guineas for the 203 lots sold. The average increased 12% to 74,862 guineas and the median rose 20% to 60,000 guineas, whilst the clearance rate was a healthy 85%. Catalogued as Lot 927, the Exceed And Excel filly is out of the Listed-placed mare Tiana who is a sister to five winners including Beat The Bank, the impressive winner of the Gr2 Joel Stakes last month. 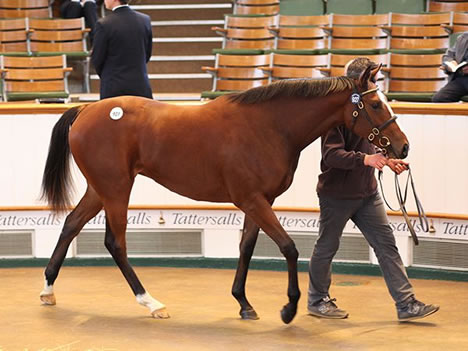