At Moonee Valley in Melbourne, Yarraman Park's Gr3-winning stallion I Am Invincible (Invincible Spirit-Cannarelle, by Canny Lad) added a Group race success when 3YO bay filly Houtzen (I Am Invincible-Set to Unleash, by Reset) showed her customary speed to lead throughout for a strong win in the $150,000 Gr3 Scarborough Stakes (1200m) for 3YO fillies, defeating Mintha & True Excelsior. This was an encouraging return to form for Houtzen who improved her record to 5 wins (including the Magic Millions 2YO Classic) and 1 placing (the Gr2 McEwen Stakes) from 7 starts for $1,559,600 in earnings. Houtzen, who hails from the family of 4-time Gr1 winner and champion South African mare Sun Classique & Gr1 South Australian Oaks winner Gamine, was purchased by her trainer Toby Edmonds Racing for $105,000 at the 2016 Magic Millions Gold Coast Yearling Sale from the draft of Yarraman Park. Should she line up, Houtzen will represent Aquis Farm in the inaugural running of the world's richest turf race, the $10 million The Everest (1200m) at Royal Randwick on 14 October. "The Everest has always been her grand final so we have left something in the tank," Edmonds told racing.com on Friday night. "We will talk to Aquis who have the slot. We will sit down and talk about it. The horse comes first…if we think there is a more suitable race for her we might go that way." 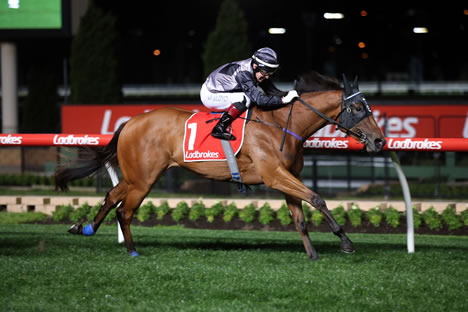