Bart Out to Defend Underwood Title

Darren Weir is confident that Black Heart Bart (Blackfriars-Sister Theresa, by At Talaq) can mount a successful defence of his title in Sunday's Gr1 Underwood Stakes (1800m) at Caulfield, reports racing.com. The 5-time Group One winner is yet to win in three Group One outings this campaign, but that hasn't dented Weir's faith in the horse. "He's definitely got a stumbling block in Hartnell but we're really happy with the horse," Weir said. "He trialled really well at Monday at Coleraine and we're very happy with the horse." Weir is adamant that Black Heart Bart is in similar form as this time last year, it's just that the opposition may be slightly stronger. "It might be a bit tougher this season, but we think he's going really well," he said. "He's in really good shape but with Hartnell in it, it's not going to be an easy race." Black Heart Bart is second favourite for the Underwood at $4.80 with TAB. Godolphin's Hartnell is the dominant favourite at $1.80. 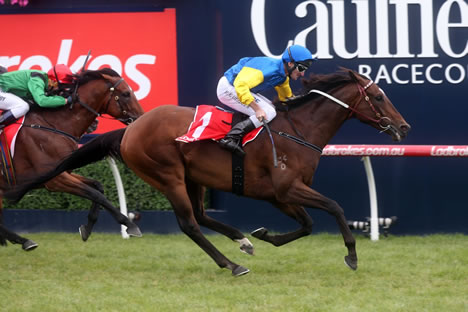