Turnbull Next for Winx

Chris Waller has confirmed that Winx is likely to have her final Cox Plate lead-up in the Gr1 Turnbull Stakes (2000m) at Flemington on 7 October. It will be the first time the champion mare has ever raced on Flemington's hallowed turf. Winx recorded her 20th consecutive win and her 13th at Group One level when claiming the Gr1 George Main Stakes (1600m) at Royal Randwick last Saturday. The daughter of Street Cry is aiming to create history this spring by joining the legendary Kingston Town as the only horse to win three Cox Plates. "I am extremely pleased with the way Winx has pulled up following her win in the George Main Stakes on Saturday," Waller said in a media release. "I could not be happier with her recovery since the run and she continues to maintain her weight approximately 10kg heavier than what she was when winning the 2016 Cox Plate." Waller added: "After giving careful consideration to her current racing campaign it is likely her next run will be at Flemington on October 7 in the Gr1 Turnbull Stakes." 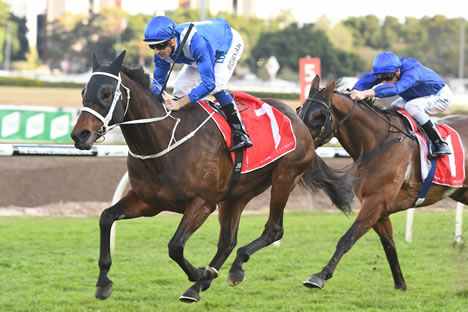