Trainer Gerald Ryan says star colt Menari is in top order for Saturday’s Gr1 Golden Rose (1400m) at Rosehill. Menari (Snitzel- Isurava, by General Nediym) stamped himself as the best 3YO sprinter in the country when scoring a brilliant win in the Gr2 The Run To The Rose (1200m) last start. A homebred for George Altomonte's Corumbene Stud, Menari is the clear $2 favourite for Saturday’s $1 million 3YO feature. "Josh Parr came out and rode him in trackwork this morning [Monday],” Ryan told ANZ Bloodstock News. “The horse is terrific and Josh thinks the same. He has done everything right since his last win." Ryan is hoping a win in the Golden Rose can secure Menari a slot in the inaugural $10 million The Everest (1200m) at Royal Randwick on 14 October. 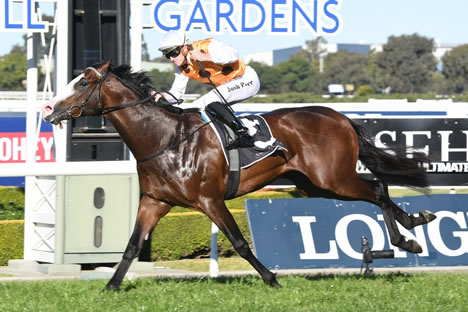