Best Yet to Come From Redzel

Gr1-wining sprinter Redzel (Snitzel-Millrich, by Rubiton) could be in for the best preparation of his career, according to jockey Kerrin McEvoy. The Doomben 10,000 winner, who is set to resume in tomorrow's $150,000 Gr3 Concorde Stakes (1000m) at Royal Randwick, impressed McEvoy when he defeated fellow top-flight sprinter and stable-mate Russian Revolution in a 1045m trial on 21 August. "It's almost like he keeps improving,'' MvEvoy told racingnsw.com.au. "He's racing at a really high level and he is only a five-year-old so there's no reason to say he might not improve a bit more. He really pleased me in that trial so I'm looking forward to getting on his back in what looks like a nice race for him.'' Trainers Peter & Paul Snowden have previously nominated the inaugural $10 million The Everest (1200m) at Randwick on 14 October as one of Redzel's targets. 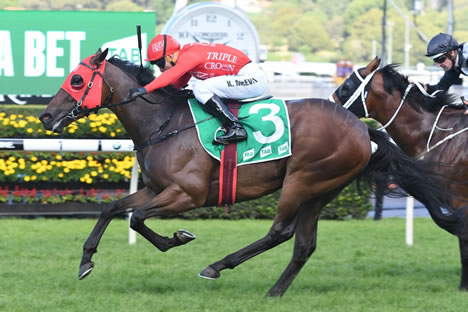