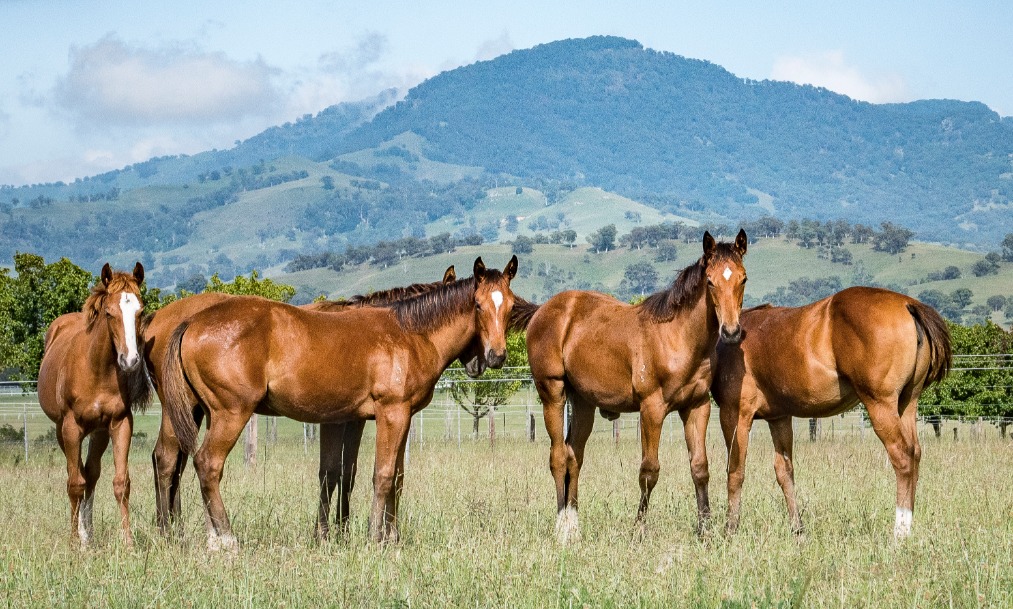 Known as the home of Champion Sprinter Chautauqua, Berkeley Park Stud is a boutique broodmare and agistment farm in the heart of Australia’s horse country, the Hunter Valley. Established n 2009, Berkeley Park Stud relocated to their current property in 2013. The property has excellent facilities for agisting and raising young thoroughbreds and is surrounded by the Pages River with a combination of alluvial river flats, rolling hills and fertile grazing country.

Proprietor Neale Bruce brings his extensive experience in managing horse properties in Australia and Japan to Berkeley Park Stud, and this has paid dividends with graduates such as Chautauqua, Extreme Choice, Scales of Justice, and many others. Berkeley Park Stud’s speciality is in year-round broodmare care with 40 permanent resident mares for clients, as well as room for seasonal residents during the breeding season.

Bruce and the staff at Berkeley Park Stud focus on the health and nutrition of each broodmare, and this was highlighted with Asia. The Gr1-winning daughter of Danehill had many fertility issues, but under Neale Bruce’s care, she produced her first live foal, a filly, at age 17, and produced another live foal, a colt, the following year. Her filly, Laat Lammetijie – appropriately translated to Late Little Lamb – is a winner in South Africa.

Berkeley Park Stud is conveniently close to all the major stud farms in the area including the stallion farms of Arrowfield, Coolmore, Darley, Emirates, Newgate, Vinery, Widden and Yarraman. This allows easy access to ’walk’ on mares to all the top commercial stallion farms in the Hunter Valley. They also have a fully supervised 24 hour foaling unit and Scone Equine Hospital is on their doorstep.

Berkeley Park Stud prepares horses for the major weanling, yearling, and broodmare sales each year, with all the necessary facilities to ensure a good result for clients in the sales ring. Aside from Chautauqua, other Berkeley Park Stud sales graduates include promising 3YO Downforce, group placed winner Admiral Jello, and recent Listed placed winners Sophia’s Choice, Siam Vipa Siri, and Senso.