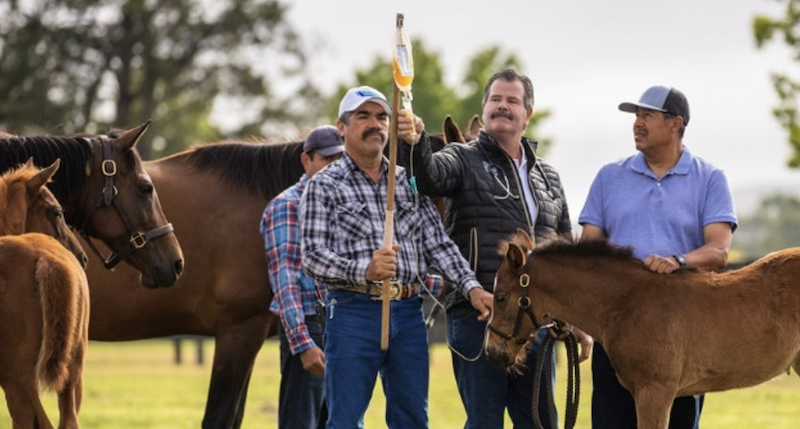 What is Failure of Passive Transfer?

Healthy foals should have at least 800 mg/dL of immunoglobulin. The incidence of FPT and PFPT has been reported to be 16% and 17% respectively.

Causes of Failure of Passive Transfer

Diagnosis of Failure of Passive Transfer

Diagnosis of FPT or PFPT is made by performing a blood test in the first 24 hours of life and measuring the immunoglobulin level. Your veterinarian should perform this on a routine basis. The gold standard test for measuring immunoglobulin levels in blood is radial immunodiffusion (RID) which can only be performed in a laboratory and can take 24 to 48 hours to perform. Less accurate, but fast and convenient, foal-side tests are available (e.g. Gamma-Check E, Idexx SNAP foal IgG, turbidimetry). The results of such foal-side tests, especially if a foal is diagnosed with FPT or PFPT, should always be confirmed using laboratory-based RID.

The First Six Months of Life

Immunoglobulins passed from the mare to the foal via colostrum have a limited half-life which means that by the time a foal is 3 weeks of age only approximately 50% of the mare’s immunoglobulins obtained via colostrum remain.  Therefore, the period when the foal’s immunoglobulin levels are starting to wane, and before the foal’s own immune system is fully functional, is a critical risk period for infection (birth to six months of age). Combining the facts that infection is the primary cause of death in foals up to six months of age and the high incidence of failure of passive transfer and partial failure of passive transfer, suggests that it is critically important to make sure a foal gets sufficient immunoglobulins throughout its first six months of age.

Preventative Medicine for PFPT and FPT

One method of guaranteeing that a foal receives sufficient immunoglobulin and providing it with the best start in life is through the use of hyperimmume plasma.

Such plasma derived from healthy, vaccinated adult donors contains large amounts of immunoglobulin (between 20 and 30 grams per litre) and can be stored frozen for long periods prior to use. It is therefore a convenient and safe source of guaranteed quantities of immunoglobulin. Plasvacc and leading veterinarians recommend dosing all foals with one litre (~20-30 grams of immunoglobulin) at birth and again during the critical period when the foal’s immunoglobulin levels derived from the mare begin to wane (2-3 weeks of age).

Routine plasma administration to foals provides peace of mind, gives your foal the best start in life, provides increased protection against infection, and eliminates the need for diagnosing FPT and generating and maintaining a colostrum bank. 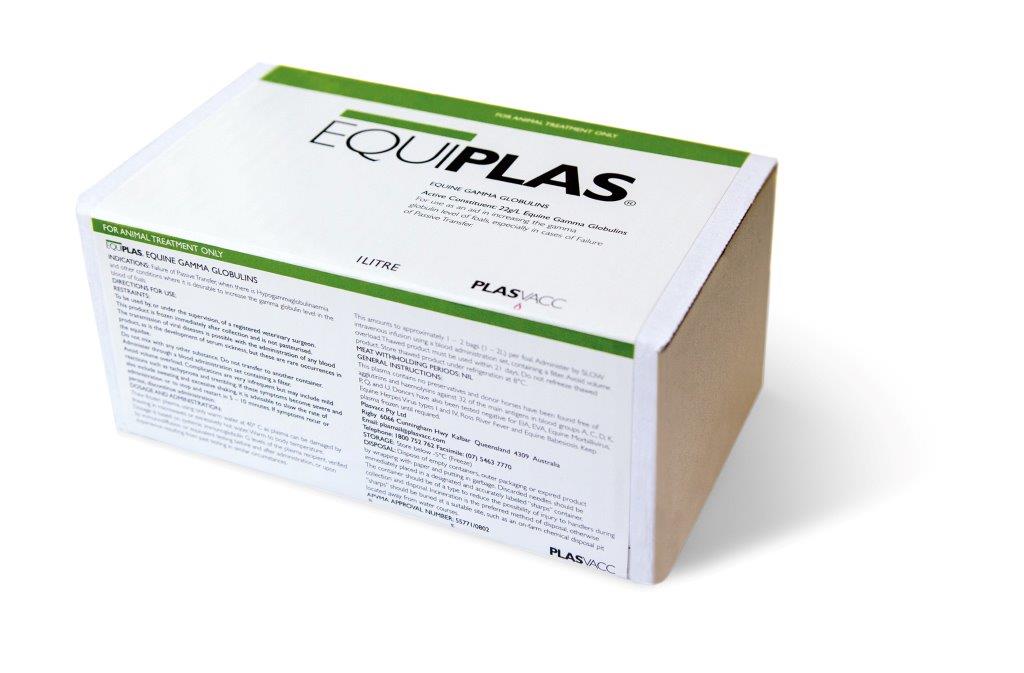 Equiplas is a convenient source of known quantities of horse immunoglobulins for the treatment of Failure of Passive Transfer and a range of conditions such as diarrhoea, colitis, renal conditions and other active infections. (For further information, visit www.foalsbeststart.com or www.plasvacc.com. To place an order, contact your local veterinarian or veterinary wholesaler). 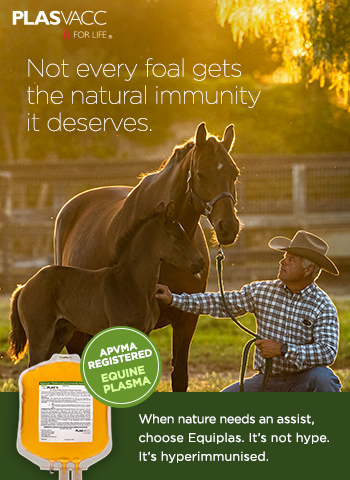