Bull Point has the complete package of pedigree, conformation, and performance to be a successful stallion at a price that is hard to overlook. With his first crop just turned three, Bull Point had an excellent start to his stud career with his 2YOs, lead by Listed placed Encountabull, and four other winners from only a handful of runners.

As a racehorse, Bull Point continued to improve with age, and breeders should expect the same from his stock. Winner of two of his three starts at two, and placed in the other, Bull Point showed his class as a 3YO winning the Gr3 Manfred Stakes over 1200m and placing in the Gr1 Golden Rose behind quality stallion Zoustar and Champion racehorse Dissident. Bull Point raced on at four and five to prove his soundness and continued to be competitive with placings in several group races, including the Gr1 Rupert Clarke Stakes over 1400m behind Trust in a Gust and Dissident.

A sale topping colt, Bull Point was the highest priced colt at the 2013 Magic Millions Gold Coast yearling sale when he made $960,000. His sire, Fastnet Rock, is a dual Australian Champion Sire and has left 158 stakes winners and is making his mark as a sire of sire with the likes of Hinchinbrook, Foxwedge, Smart Missile, and Rothesay, with many other young stallions about to have runners soon.

Bull Point is a full-brother to group winner Siege of Quebec, and his winning dam is a full-sister to Gr3 winner Mica’s Pride, dam of four stakes winners including Criterion.

This is one of Australia’s strongest families and with stakes winners by a range of sires to give breeders clues as to what might work with Bull Point. Aside from five stakes winners by Fastnet Rock under his second dam, other sires who have left stakes winners in Bull Point’s first two generations are Sebring, Redoute’s Choice, Anabaa, O’Reilly, Uncle Mo, Teofilo, Danehill Dancer, Intergaze, and Northern Meteor. The last one is interesting as he is a son of Encosta de Lago, the same damsire as Encountabull. 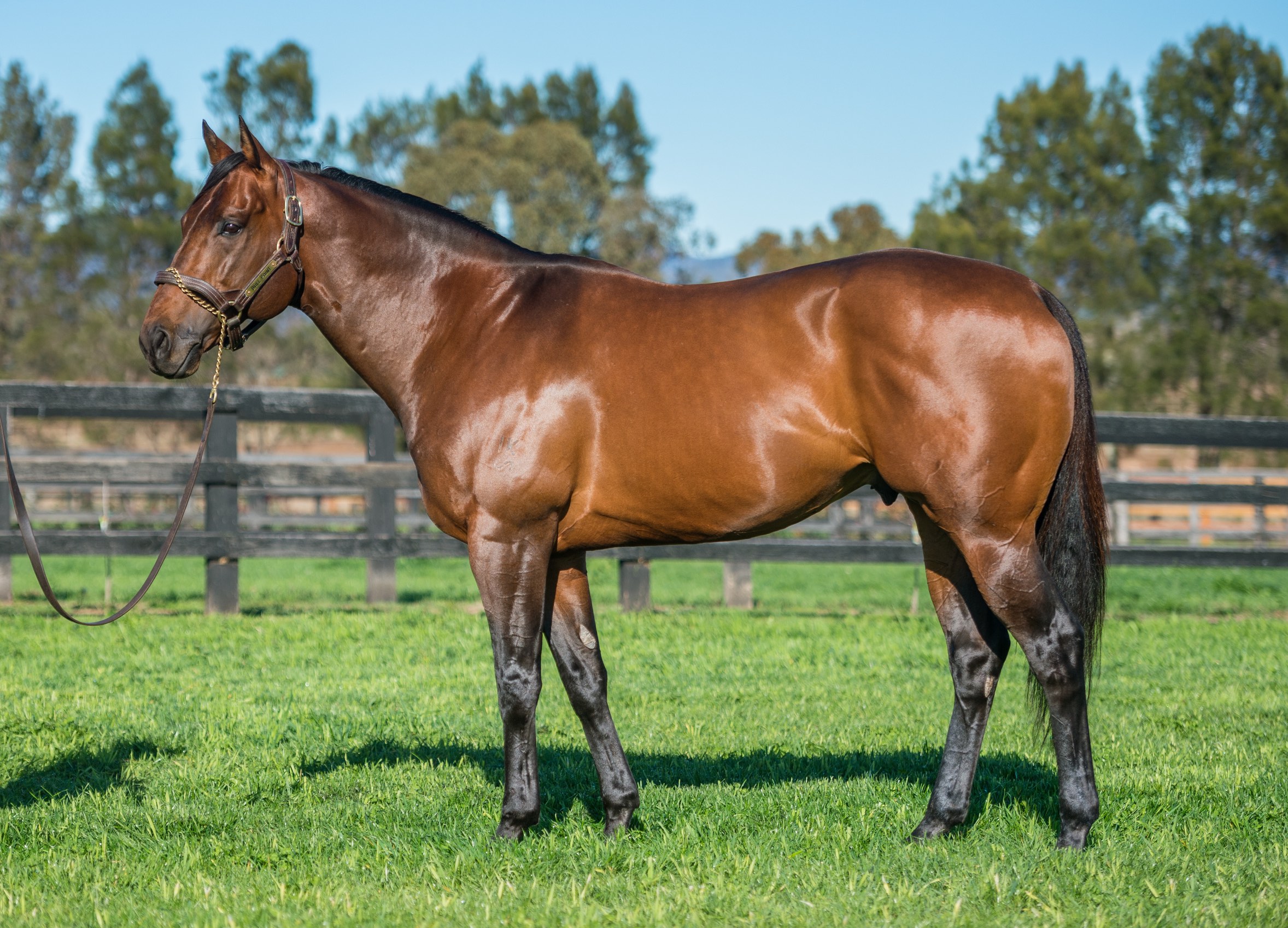 Bull Point has let down into a magnificent stallion
2nd Season