A precocious and champion 2-year-old, winning the Group 3 Eclipse Stakes (Ellerslie) at his third start and then saluting two runs later in the 2012 Group 1 Diamond Stakes (also at Ellerslie), both over 1200m. He finished his 2-year-old year with 2 wins, a second and 2 thirds from 6 starts, 5 of which were at Group level. Warhorse (NZ) was voted Champion 2-year-old of the 2011/12 season by New Zealand Thoroughbred Racing.

The colt trained on at three to win the Listed Bonecrusher Stakes (Ellerslie) over 1400m before finishing a game third behind dual Doncaster Handicap winner Sacred Falls in the 2012 Group 1 New Zealand 2000 Guineas (1600m) at Riccarton where he challenged three wide on the turn and was beaten only a head and a neck.

Warhorse (NZ) is the best performed son of the outstanding sprinting sire General Nediym. The General has a 73% winners to runners ratio and 45 stakes winners to his name and is now making his name as a broodmare sire. Warhorse’s dam, Rathlin Island was unraced however her family is highly respected with a very hot commercial pedigree. Examples are with Warhorse’s half-brother selling for $335,000 at the 2015 Yearling sales, and his half-sister selling for $410,000 at the 2015 Broodmare sales.

The first crop foals of Warhorse (NZ) have developed into some very nice-looking types. He has had success at the 2018 yearling sales, the two highest lots being a colt for $97,500 and another for $60,000. He has had multiple winners emerge from his first crop with some near misses in the runners up. Feedback from trainers indicate that the progeny have ability and trials have seen some very good runs. Not rushed as 2yos, there are some big expectations for the future.

Warhorse (NZ) not only offers breeders an outcross pedigree that is a perfect match with Danehill line mares, but he is an ideal fit for Victoria’s Super VOBIS and VOBIS Sires bonus schemes. Warhorse (NZ) is near black, is correct, retired sound and is a commercial proposition. 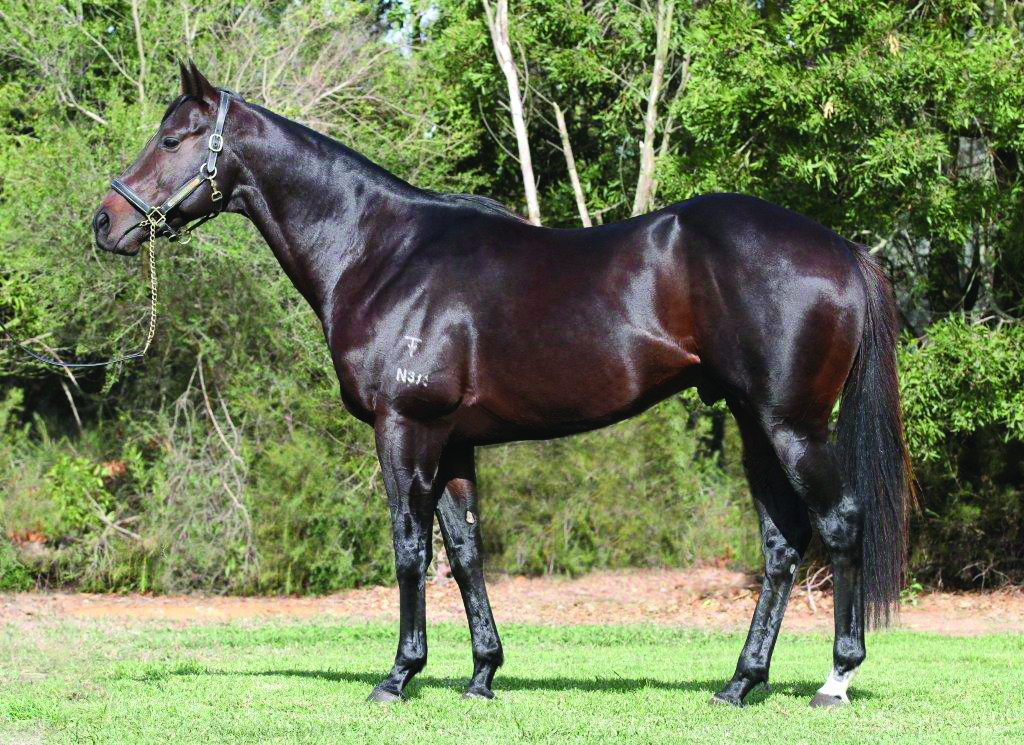