McLaren made a huge impression at his first race start when landing the Group 3 ATC Canonbury Stakes (1100m) at Rosehill Gardens in February 2019. Sent to post a $1.55 favourite on the evidence of a series of barrier trial successes, the ultra-precocious colt didn’t give his supporters any reason for concern. Trained by Peter & Paul Snowden and ridden on that occasion by James McDonald, McLaren proceeded to score by a comfortable margin, living right up to the expectations of connections and supporters alike.

McLaren proceeded to place third in the Group 3 Black Opal Stakes (1200m) a month later but pulled up with an issue which effectively ended his chances of any further success on the track.

Already a valuable stud prospect as a juvenile black-type winning son of Exceed And Excel, a decision was recently made by his ownership Group — including the China Horse Club, Newgate Farm and Winstar Farm LLC — to retire him to stud for the upcoming breeding season.

McLaren commences stud duties at a time when his sire is arguably the most fashionable stallion in Australia. Group 1 winning 3-year-old sons Microphone and Exceedance are already considered to be amongst the most exciting newcomers to the 2020 Australian stallion ranks, while there’s also the likes of Bivouac and Standout waiting in the wings.

A maternal grandson of Encosta de Lago, McLaren boasts also an impressive catalogue page. He was produced by a half-sister to the internationally performed Group 1 sprinters First Command (by Commands) and Oneworld (by Danehill Dancer), and hails from the family of Group 1 Oakleigh Plate winner River Dove.

To stand at a service fee of $6,600 (inc. GST), McLaren provides exceptional value. A $380,000 Magic Millions Yearling Sale purchase bred by Baramul Stud, the quality addition to the domestic stallion ranks has the looks and temperament to match his race performance and pedigree. 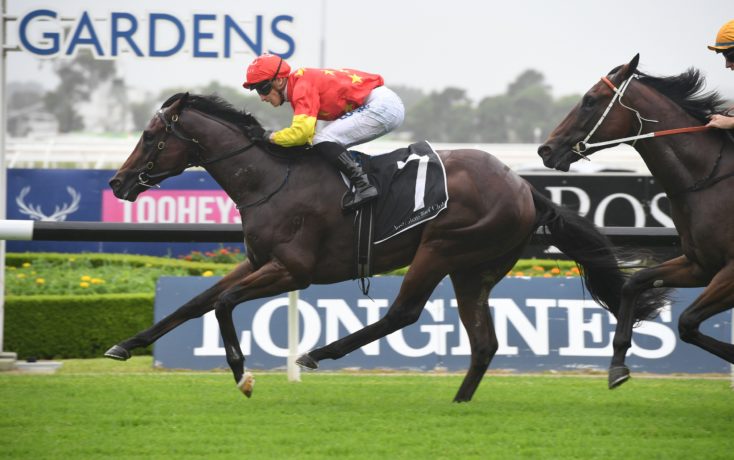