Australian breeders place a currency on speed like few others, so in that respect no one will be surprised Telemon had been monitoring Jungle Cat since his triumph in the G1 Al Quoz Sprint. The highly-rated Dubai feature over a straight 1200m on turf has been attracting some of the best Australian and international sprinters for a number of years, easily providing savvy Australian breeders with a clear-cut benchmark of his quality.

Adding  further merit to his maiden G1 triumph, Stormy Liberal (runner-up to Jungle Cat in the Al Quoz) returned to the US and defeated North America’s finest in the Breeder’s Cup Sprint (G1) at the same time as Jungle Cat earned a ticket to Melbourne's Spring Carnival where he rubber-stamped his superior sprinting class.

Set a daunting task in his first Australian start under handicap conditions over 1,400m in the G1 Rupert Clarke Stakes where he was saddled with the top-weight, Jungle Cat won with authority to post his second Group 1 victory. In his final run before entering stud, the Godolphin flyer faced a world class field of speedsters down the Flemington straight in the VRC (Darley) Sprint over 1200m at weight for age, dead-heating with Pierata for third, and in the process defeating dual The Everest winner Redzel, dual G1 winner Brave Smash, and Godolphin's star 3YO Kementari etc.

To clinch Group 1 victories on both sides of the globe, including one in the backyard of Australia where sprinters are acknowledged to be amongst the best in the world, was a magnificent feat. Adding merit to his northern hemisphere deeds, via his Australian performances that show-cased speed, temperament and durability, Jungle Cat showed himself to be the real deal and underscored why he is the highest-rated stallion to retire to stud in Queensland for over 20 years.

A Group 2-performed British 2YO, he is the fastest son of the successful dual hemisphere sire Iffraaj who already boasts 10 individual G1 winners and was responsible for 23 2YO winners in season 2018 alone. Iffraaj, who has a proven affinity with Danehill blood, is an emerging sire of sires with his son Wootton Basset responsible for Champion European triple G1 winning 3YO Almanzor who will again shuttle to Cambridge Stud in New Zealand for 2020 season.

A multiple Group 1 winning speed horse with an outcross pedigree ready made for the Australian mare population, Jungle Cat was an exciting addition to Telemon's stallion ranks in 2019 and is proving to be equally popular in 2020. 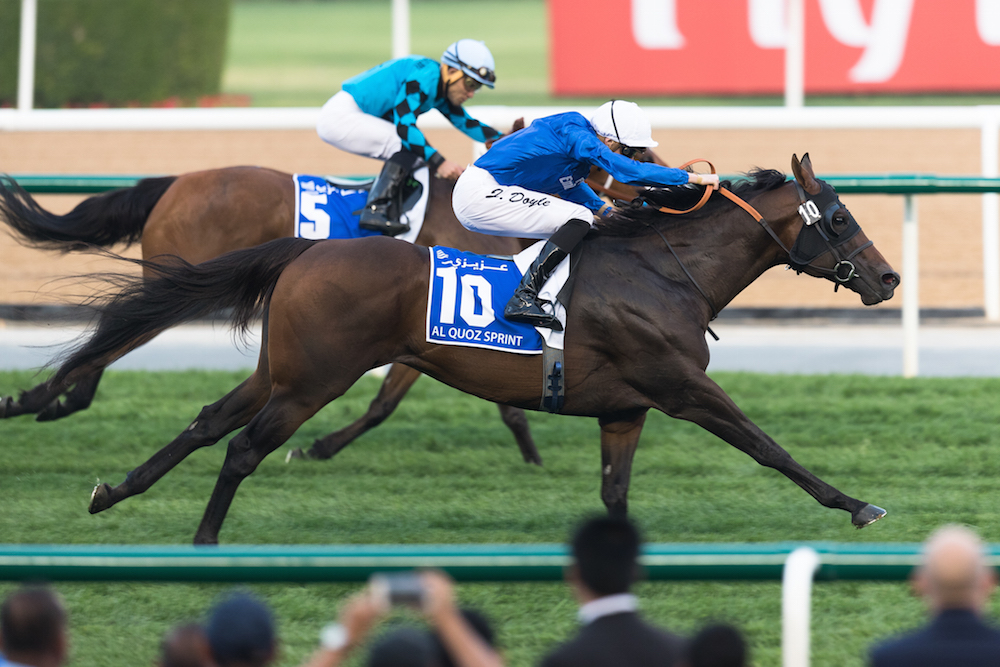